« All the blankets | Main | Two things I love about California »

Every warp, I think I'm getting a little bit better at weaving, and then I take the cloth off of the loom and realize just how much more I have to learn. As I wove these blue towels, everything looked OK on the loom--even beat, nice selvedges, no skips. Near the end of the warp, a few threads were suddenly looser than their neighbors and by the very end the fell was wavy. When I took the web off the loom this afternoon, I discovered that I beat the first two towels lighter than the later ones. I think the beat was the same, but those first two are sleazier--and longer, since the pattern was for a number of picks--than the last five. There are skipped threads. And the selvedges are not nearly as neat as I thought they were. My fingers are crossed that all the issues will improve after finishing. 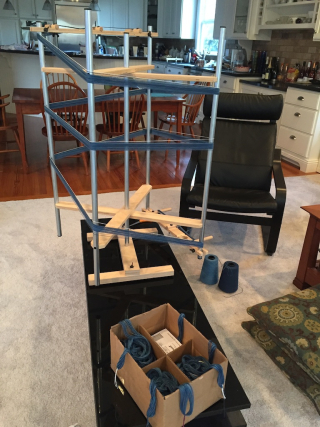 Following the advice of Sara Lamb and other weavers I know, making a weaver is all about frequent practice. Put on lots of warps. Weave frequently. Lather, rinse, repeat.

So far this year, I've chosen published towel projects--I usually put on longer warps and change up the colors--but I'm not designing yet. I'm learning the mechanics of warping and weaving. After today, I feel like I'll never get there.

This draft is from Handwoven Mar/Apr 2016--Ozark Quilter Towels draft #3. I used two shades of blue with turquoise, pale green, and purple for the contrast picks. I wove at 20 epi instead of the 16 epi used in the pattern based on my previous experience with Webs 8/2 cotton in plainweave. I like the half basketweave hems on these towels. It's easy to turn under evenly and makes a nice contrast with the body of the towel. Out of an 8 yard warp, I got 6 full length towels and one shorter one. A sensible person would have stopped at 6. These are gifts, so I wanted to use the last bit of warp as a record for myself of what I did--so the last towel has stripes of every contrast color. 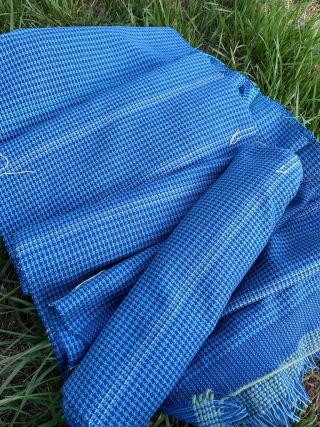 In May, I wove this draft in different colors for my mom. I don't actually know how those came out because I delivered them to her just off the loom with hemming and finishing instructions. She says that she loves them--enough to take some with her to Arizona for the winter. 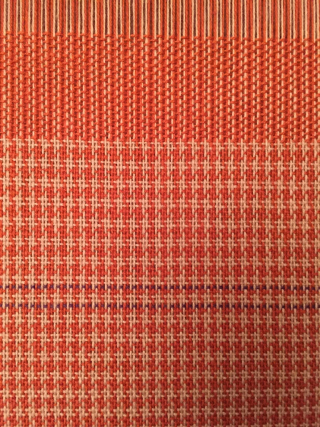 I love the colors! What great projects.

Oh, yes - every single project has its issues. I cannot think of anything I have ever woven that hasn't had problems. Of course, I've only been weaving for a decade. It does get better though, and definitely better with practice. You're making lovely things and they are really very good. Just keep weaving!

I think weaving is a bottomless rabbit hole. Perhaps I'll get there some day as well. Like you, I've tons to learn. May as well enjoy each warp, er lesson!

So, yeah. Sara is unfortunately right. The towels/scarves/whatever are useable. And you will get better. I too, get discouraged. I am writing down what I learn with each warp so I don't have to relearn the same lessons.